Located directly to the west of the CFLN project and the Lamelee South deposit, the group of properties known as the Quinto Claims was acquired by Champion Iron as part of the Bloom Lake Mine purchase.

Mineral resources for the Peppler Lake deposit were originally estimated at 274 million tonnes at 28.5% Fe in 1979. The resources were calculated from 22 drill holes completed in 1955.

The Quinto Claims cover several indices, which combined could contain a large iron ore volume with hematite and magnetite grading at approximately 30% Fe. At this time, Champion Iron’s mandate is to clearly define the potential of the resources in this sector. 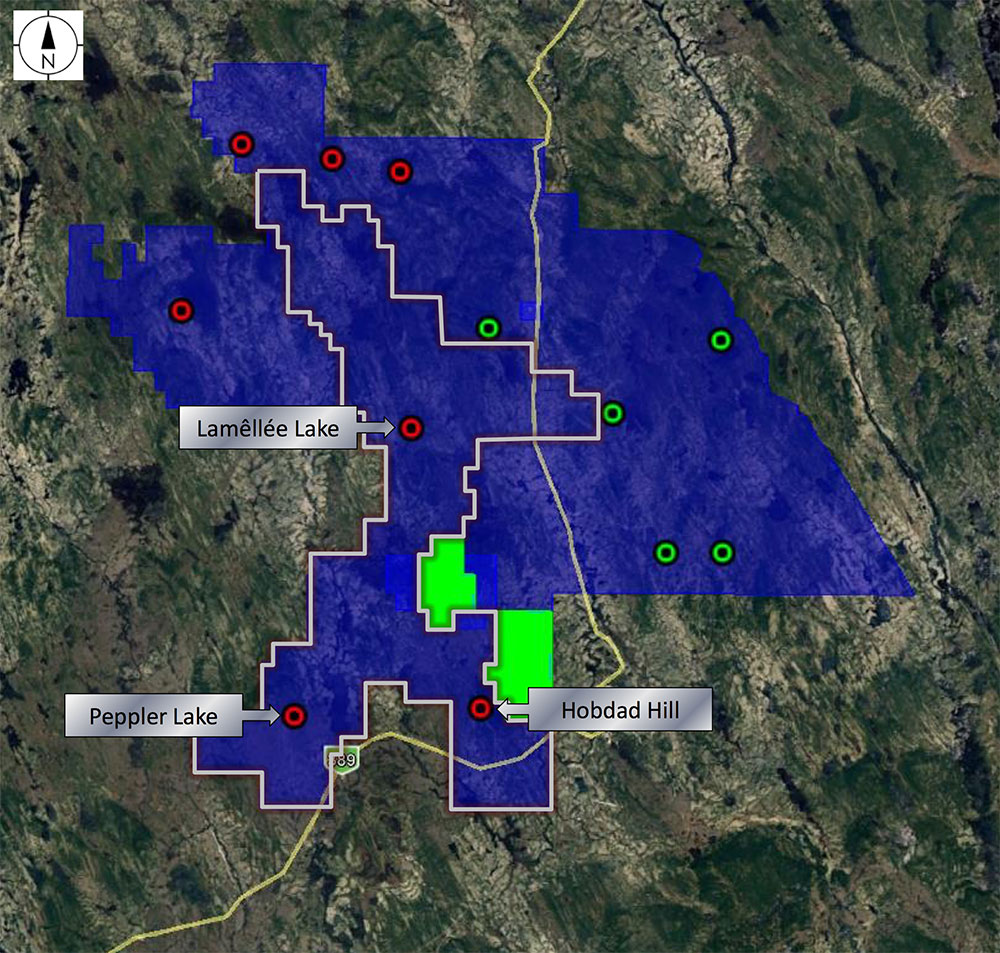